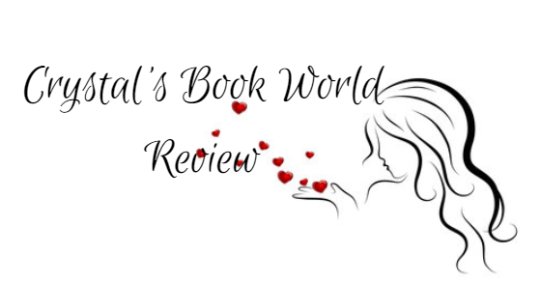 Gah could this book be anymore perfect???? Wes is my new book boyfriend and Jane is my favorite heroine. There is a lot of emotions that you will experience once you start reading Dear Jane. The ups and downs, the twist and turns. I was hooked from the get go. I have always been a fan of Kendall Ryan and this is her best book yet! I loved the beginning, I melted with the middle, and I fell for this story at the end! Dear Jane is a must read and deserves all the swoon worthy stars!!!!

I broke her heart ten years ago and left town.

She hates me, and rightly so. It doesn’t matter that the rest of the country loves me, that I’m a starting quarterback with a multimillion-dollar contract. Because when I look in the mirror, all I see is a failure who was too young—and too afraid—to fight for what I wanted.

But I’m not that guy anymore, and all I need is one shot to convince her.

***
He has no idea what happened after he left. And now I’m supposed to work alongside him like we don’t have this huge, messy history?

But I’m older now, wiser, and I won’t let anything stand in my way of doing a good job for this league. Not even one overpaid, arrogant player who thinks we’re going to kiss and make up.

News flash, buddy: I am over you.

A New York Times, Wall Street Journal, and USA Today bestselling author of more than two dozen titles, Kendall Ryan has sold over 1.5 million books and her books have been translated into several languages in countries around the world. She’s a traditionally published author with Simon & Schuster and Harper Collins UK, as well as an independently published author. Since she first began self-publishing in 2012, she’s appeared at #1 on Barnes & Noble and iBooks charts around the world. Her books have also appeared on the New York Times and USA Today bestseller lists more than three dozen times. Ryan has been featured in such publications as USA Today, Newsweek, and InTouch Magazine.

Visit her at: www.kendallryanbooks.com for the latest book news, and fun extras

“With witty banter, intense chemistry, and panty-melting sex scenes, Crowne of Lies is a total winner.” --Siobhan Davis, USA Today bestselling author Crowne of Lies, an all-new delicious and do-not-miss marriage of convenience romance by New York Times bestselling author @cdreiss available now! Download your copy today or read for FREE with Kindle Unlimited→ http://mybook.to/CrowneLies #crowneoflies #cdreiss #bookstagram #oneclick #igreads #kindleunlimited #amreading #bibliophile #booknerd @socialbutterfly_pr
Pre-order today! Amazon: https://amzn.to/2HeWRs2 Amazon Worldwide: mybook.to/AllIAskCM Apple Books: https://apple.co/31KBAQs Nook: http://bit.ly/31JTRxx Kobo: http://bit.ly/2Sl4xj5 Google Play: http://bit.ly/31KvuzA Audible: https://amzn.to/2SH9Ckw Add to Goodreads: http://bit.ly/31MMp4u
“A superbly written and beautifully haunting love story, that is gut wrenching and raw. These characters, this story—it will stay with you. Brava.” -- Trilina Pucci, author We Are Us, an all-new, edge-of-your-seat and compelling love story from @taraleighbooks is out now! Download your copy today → http://bit.ly/2SZFq5v #newrelease #weareus #availablenow #igreads #amreading #taraleigh #booknews #romance #bookstagram @socialbutterfly_pr
SERIES SALE!!! The bestselling Santiago Trilogy by @catherinewiltcher is on sale for a limited time only!!! Start the series for FREE, then books 2 & 3 are only 99c + FREE in Kindle Unlimited!!! "This is not your sweet, passionate love story. This is raw, deep down in your soul passion" - Up All Night With Books “Sexy, edgy and full of suspense… An epic love story” – Just Let Me Read “A heart-pounding, stomach-churning, fabulous read” – Nerdy, Dirty & Flirty #1 Hearts of Darkness – FREE for a limited time! US: https://amzn.to/2S70aVh UK: https://amzn.to/2VAND3i CA: https://amzn.to/2O7OKBO AU: https://amzn.to/346hy3p I’m the light to his dark: an investigative reporter intent on exposing dangerous men like him. We were worlds apart until I caught his attention. Now I’m his captive, kept at the whim of a devil with no kindness or morality. #2 Hearts Divine - 99c for a limited time! US: https://amzn.to/382AFwv UK: http://amzn.eu/d/4HFbKKf CA: https://amzn.to/2HGBPmC AU: https://amzn.to/2VnbKkH FREE in Kindle Unlimited The FBI is forcing me apart from the man who haunts my dreams. The man who stole me, broke me and made me his forever. Dante Santiago. My deepest, darkest secret. The man I will never ever betray. #3 Hearts on Fire - 99c for a limited time! US: https://amzn.to/2T03Sng UK: https://amzn.to/2W29Djo CA: https://amzn.to/3bXEVk8 AU: https://amzn.to/32hGeWy FREE in Kindle Unlimited He came into my life like a raging storm. The man I despised. The killer with no conscience. I fell as hard as a woman like me can fall. When he bleeds, I feel his pain. When we kiss, I taste his tragedy. When he kills, my heart is stained with all the colors of his vengeance. #santiagoseries #catherinewiltcher #seriessale #freebook #booksale #bargainbooks #heartsofdarkness #heartsdivine #heartsonfire #mafiaromance #enemiestolovers
"Carly Phillips brings on the swoon. A must read." —Natasha Madison, USA Today Bestselling Author Better Than Sexy, an all-new steamy standalone romance from New York Times bestselling author @carlyphillips is available now! Download your copy today → http://bit.ly/2PjTrZL #newrelease #availablenow #booknews #carlyphillips #bookstagram #booksofinstagram #igreads #amreading @socialbutterfly_pr
★★★ BRAND NEW RELEASE ★★★ From New York Times and USA Today bestselling author Donna Grant comes a new story in her Dark Kings series… DRAGON LOST is available now! ✔️Read it Now: https://amzn.to/2JO3ROt Watch the Trailer: http://bit.ly/37TmkST Destinies can’t be ignored. No one knows that better than Annita. For as long as she can remember, it's been foretold she would find a dragon. A real-life dragon. She’s beginning to think it was all some kind of mistake until she’s swimming in one of the many caves around the island and discovers none other than a dragon. There is no fear as she approaches, utterly transfixed at the sight of the creature. Then he shifts into the shape of a thoroughly gorgeous man who spears her with bright blue eyes. In that instant, she knows her destiny has arrived. And the dragon holds the key to everything. All Royden wanted was to find an item his brother buried when they were children. It was supposed to be a quick and simple trip, but he should’ve known nothing would be easy with enemies like the Dragon Kings have. Royden has no choice but to trust the beguiling woman who tempts him like no other. And in doing so, they unleash a love so strong, so pure that nothing can hold it back. **Every 1001 Dark Nights novella is a standalone story. For new readers, it’s an introduction to an author’s world. And for fans, it’s a bonus book in the author’s series. We hope you'll enjoy each one as much as we do.** ➣ Follow Donna Grant on Bookbub: https://www.bookbub.com/authors/donna-grant ------- #Bookish #BookRecs #TBR #ReadingList #Bookthings #Readinglist #Bookstagram #ReadersofInstagram #ReadersofIG #BookLove #Readers #BookList #Reading #ebooks #bookbuzz #AmReading #BookWorld #InkslingerPR #BookNerd #BookAddict #romancereader #BookLovers #standalone @InkslingerPR #1001DarkNights #IGreads @dgauthor @1001DarkNightsBooks
Follow Crystal's Book World on WordPress.com
%d bloggers like this: