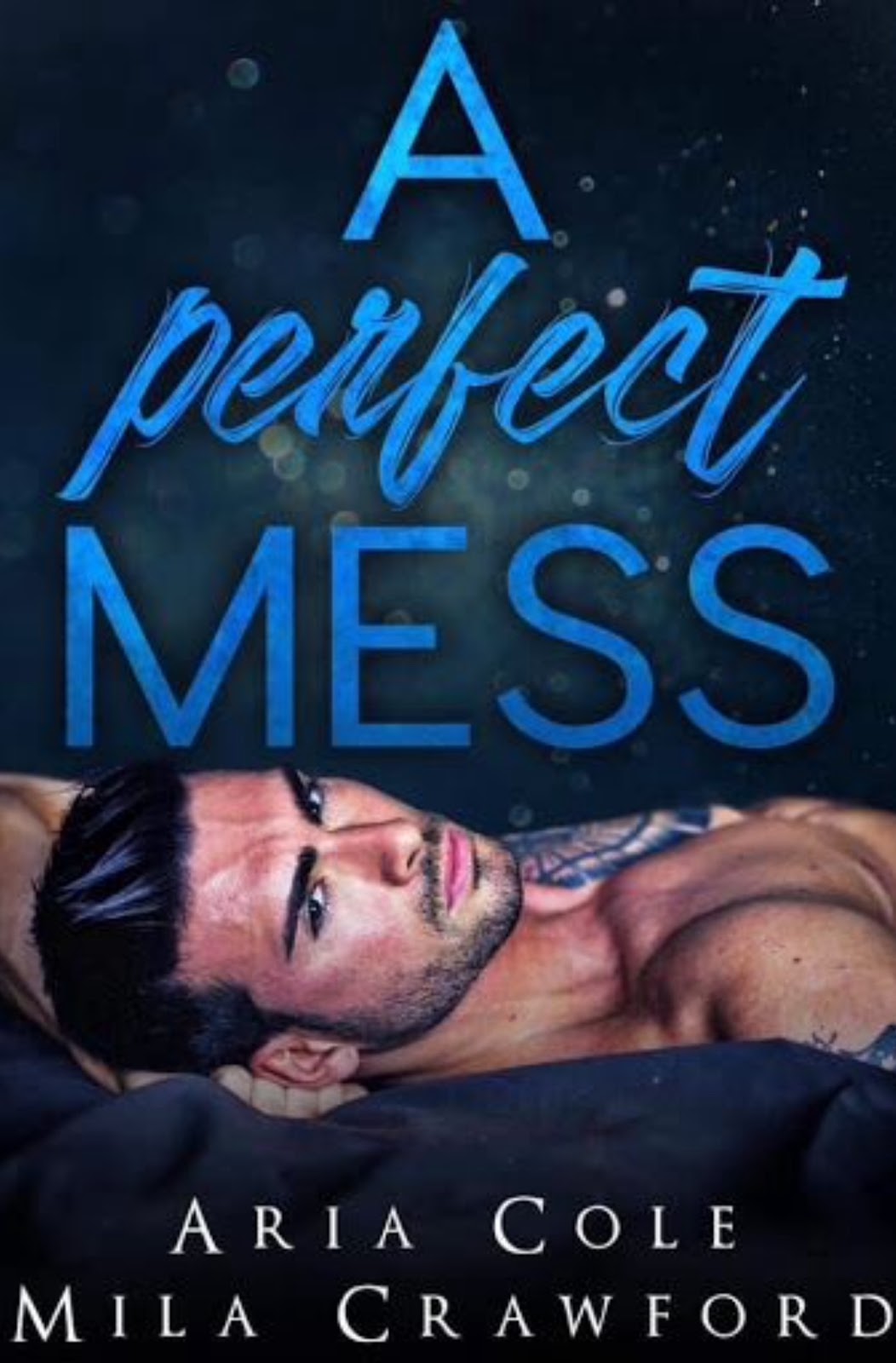 It seemed like one day she was knobby kneed, missing her two front teeth, and covered in mud, and before I knew it, she’d blossomed into a stunning young woman with her whole life ahead of her.

I watched her grow up.
I protected her from advances—even my own.

Crosby Dashen was my best friend’s kid sister and I’d promised Asa I’d never touch her.
But promises can sometimes be overruled by love.
Our chemistry was perfect, but our situation was one hell of a mess.

Weston
​
How did you know when you’d met your match? Easy. She creamed you in air hockey, and you weren’t even mad at her.
​
That was the first time I considered her as a separate person, not an extension of Asa or a drag we had to babysit and censor our music and TV from.
​
Save Crosby some pizza for after dance class. Turn the music down, Crosby doesn’t need to learn any swear words. Boys, go get your sister from Callie’s house. I don’t want her walking home in the dark. Wait for her outside the girls’ dressing room at the pool.”
​
I’d heard those admonishments from Mrs. Dashen half my life. Asa was a brother to me—I’d never had any siblings, and Crosby was part of the package deal, tagging along behind us dragging a stick, stopping to pet every damn mangy dog on the street. She drove me crazy like any little sister should. I guess that was her job, and she was pretty darn good at it.
​
The girl was a handful—there was nothing easy about her. And since the Dashens were starting up a new business, they weren’t always available. That meant Asa and I had to take Crosby with us. We were given free rein during much of our playtime, the only caveat: bring Crosby too. Which, when you’re a kid, isn’t much fun, bringing a spitfire six-year-old to the baseball dugout with you. It isn’t cool either when she can pitch like a pro, or is the first on your pickup team to actually break a window.
But we got used to it, we adapted, and she followed along. Crosby, unsurprisingly, was also the first of the three of us to break a bone. She was eight and we were twelve, tromping through a creek with a rushing spring thaw below. We passed over a log bridge that someone had pushed across the ravine. The water was cold, we could see our breath in the air, and dusk was fast approaching. The mini nut job would have made it just fine; her motor skills were intact. Unfortunately, her common sense wasn’t. She did a karate kick in the middle of the log to show us how cool she was. Her curls were bouncing, and she was mean mugging.
“Weston, Asa, watch!”
I laughed at the display until Crosby toppled over the side.

Soaked and cold to the bone, we hauled her back to the neighborhood. She cried, sure, but not so much that we thought she was hurt. It wasn’t until later that night when Mr. Dashen made it home that he took one look at her wrist and declared it broken. Crosby bit her lip and held back the tears. When Mrs. Dashen tried to ground us, Crosby came to our defence.

“Mom, I was the one who refused to hold Asa’s hand!”

We got grounded anyway, and Crosby got a cast and a good story we were secretly jealous of.

But it wasn’t until the air hockey incident eight years later that I realized the pest was no longer a kid and had turned into a real person.

Maybe it helped that Crosby and Asa didn’t look alike. My best friend was dark-haired, while she was a ginger. Asa tanned just like I did—by summer’s end, we’d be golden brown, while Crosby hid under sun hats and was relegated to the shade. She was as pale as milk, with big warm hazel eyes surrounded by a constellation of freckles.

Asa and I had life all figured out, state school, join the reserves, still play football on the weekends. That was our plan, but my passion was poetry. I was as athletic as Asa, yet it wasn’t my jam. Whenever I was alone, I wrote poetry and prose, whereas he played with his Xbox or watched wrestling on television. I was an only child, and my parents wanted me to stay close. Asa and I would go to the same school because we barely functioned without each other. My family had money to spare—we weren’t rich, but we were comfortable. The Dashens took a hit during the economic crisis and almost didn’t recover. But that didn’t stop Asa and Crosby from living their best life. Asa was a legend for his athleticism, and Crosby was a star student with a slight behavior problem, who would eventually be able to get into whatever college she wanted.

But back to air hockey. I swear, I’d never looked at her like that. Sure, we teased and goofed around and drove one another nuts. But I saw her as a sister. I was protective, I was defensive, and I was completely fucked when she grew up and became a woman.

Asa and I were in our first year of college. It was a fundraiser for our old high school, held at the arcade. We hit it up to show off and hopefully embarrass Crosby in the process. Her sophomore class had a dunking booth, and we stepped right up. I threw three balls, and we taunted one another.

“West, it’s true. I’ve got a better arm than you.” She kicked her feet as she sat on the bar and stuck out her tongue. I missed all three chances. I wanted to crush her—but not as much as I wanted her finished and out of that thing. Asa was up next and had an arm like his sister.

“Asa, let’s see if you’re tougher than West!” she called. Her cheeks were flushed pink, her lips ruby-red. She was wearing eye makeup and I noticed; I think it was the first time she ever had. Crosby got slammed—by her brother on his last toss.

She ended up having to borrow clothes from a friend so she could enjoy the festivities after her stint in the cage. Crosby was a good girl, modest and conservative in the way a lot of girls her age weren’t. The kind of trouble she got in was for going too hard, pushing her luck; meanwhile, her morals were straight. Whereas her bestie Callie was the opposite and nothing but a bad influence. The seniors manned the air hockey tables and charged for games and placed bets on wins. Asa and I were being treated like heroes coming back from college and actually hanging out with high school kids. It was for a good cause, and we were into the games. I was ahead of everyone else until a wet-haired Crosby clad in Callie’s clothes crossed my line of vision.

I was innocent of ever having anything other than pure thoughts about her until that moment. But holy fucking hot shorts and crop top with ruffles that showed off her stomach. Long legs that had gone from coltish to supermodel while I was immersed in freshman English, breasts that were non-existent what seemed like hours before were suddenly prominent and begging for attention. I was dumbstruck. I wanted to slap myself across the face and pick my own jaw up off the floor. Before I could even do that, I had to hide her body from everyone else.

“Christ, Crosby, what the fuck?” I stopped my game, not giving a shit how much the bet was for. Shrugging off my leather jacket, I strode over to where she stood, flung my jacket around her shoulders, and covered her the hell up.
“Hey, Weston. You missed. You tried so hard, but you couldn’t sink me.” She was happy to see me. Happy in general, her face flushed, lit up with elation, and her smile was ear to ear. She was wearing wedges, and their added height put her lips about even with my chin. I was shaking, shooting a death glare at every guy staring.

“Where are your clothes, Crosby?” I zipped up the jacket, covering her midriff.

“Wet in a bag in my locker. Asa dunked me, duh. Weren’t you there? Callie lent me some stuff.”

“I see that. Do you guys know how to play air hockey?” Maybe I could distract her, distract myself from that body. The attraction, the pull—whatever you want to call it—felt guilt-inducing, wrong, and totally fucking exhilarating.

Entire point being, she beat me that day. Fair and square. Crosby was sharp, and she was fast. She was sixteen, and I was going to hell for staring at her ass. Amid the whistles and the bells, the revving engines and the bad music, through the shouting teenagers and growling zombies, her score inched higher and higher on the board as mine fell with a negative buzzer. Her smile grew wider, and my gut grew heavier with disgrace. I’d defend the girl to death—she was the closest I’d ever had to a sister—but every time she made eye contact with me, my neck hair stood on end, I felt a charge in my lower spine, and a buzzing energy filled my head. Crosby felt it too; I could tell by her demeanour. But she couldn’t feel as fucked as I did because, to her, it was all new—the hormones, the crushes, flirting and teasing. But I was in college and I already knew. Crosby would be the end of me, and I knew it on the spot. She creamed me 7-1. Her game was good. Her innocence coupled with her beauty, though—that’s what obliterated my heart.

Mila Crawford
Mila Crawford is a book lover and has been around them one way or another her whole life. She is a fan of happily ever afters, sassy heroines, over the top alphas, and most of all safe reads.
Facebook   Newsletter Goodreads  Contact
Aria Cole
Aria Cole is a thirty-something housewife who once felt bad for reading dirty books late at night, until she decided to write her own. Possessive alpha men and the sassy heroines who love them are common, along with a healthy dose of irresistible insta-love and happily ever afters so sweet your teeth may ache.

For a safe, off-the-charts HOT, and always HEA story that doesn’t take a lifetime to read, get lost in an Aria Cole book!
Follow Aria on Amazon for new release updates, or stalk her on Facebook and Twitter to see which daring book boyfriend she’s writing next!

Sign up to get a NEW RELEASE ALERT from me!
http://eepurl.com/ccGnRX