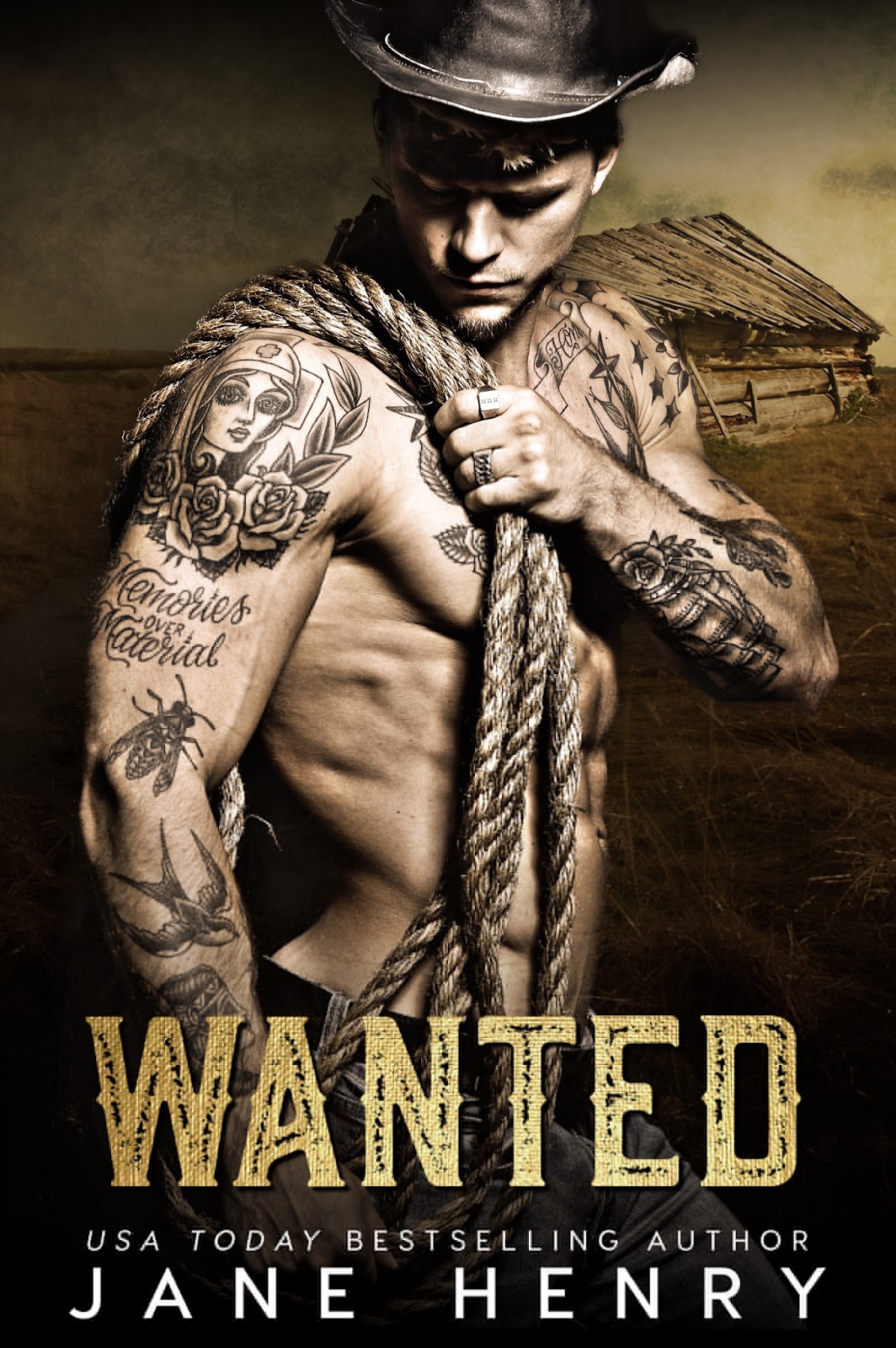 
They call me Vigilante because I make my own laws.

Because I get retribution when there’s none to be had.

Because my name is Jace Mercy… but I show none.

Stood up at the altar, I ran from everything familiar… and straight into trouble.

Now I’m the lone witness to a backwoods execution.

A wanted woman with a price on my head.

I’m trapped in a cabin with the one man who can save me.

I’m under his protection.

But there’s a price to pay for his protection.

And there’s nowhere left to run…

“We need to talk about this obedience thing,” she says.

So cute, how she thinks she controls this.

“And I’m not okay with disobedience. So where does that leave us?”

“Of course we’re equals,” I tell her. “Me telling you to fuckin’ do what I say doesn’t mean I’m any better than you. It means this is my place. My home. My rules.”

I scan her full breasts and flat belly, her hands anchored on those fine hips.

She most definitely is not.

“I’m well aware of that,” I tell her, enjoying the way she bites her lips and her cheeks color.

“Can you go into more specifics about what you mean by obeying you?”

“It’s not complicated, Freya,” I tell her. “If I tell you to do something, you do it. No talking back. No mouthing off. You speak to me with respect and obey my instructions.”

Shaking her head incredulously, as if she can’t even comprehend the very thought of what I’m demanding, she asks, “And if I don’t?”

I sincerely hope there are times she does not. How I’d love to put that feisty little girl over my lap.

“It’s simple. If you disobey me, I’ll punish you.”

Those pretty eyes widen, and she swallows. “How?”

“Depends,” I tell her. “But you’re right. I’m an old-fashioned man with old-fashioned notions. If you disobey me, you’ll find yourself over my knee.”

“What?” she sputters, coloring a fetching shade of pink.

“Keep it up,” I tell her. “And you’ll get a firsthand demonstration.”

“But I haven’t done anything… disobedient,” she says, but there’s a question in her voice. She might not admit it, but she’s curious. If ever a girl need a firm hand, she’s standing right in front of me.

“Yet,” I tell her. “But there’s not a thing about you that’s submitted. You’re pushing back with everything you’ve got, like you stand a damn chance.”

Her mouth drops open and she gapes at me, before she slams her lips together and glares. “Oh, now we’re really getting to the heart of this. Submission? You want me to submit to you?” She stands and places her fists on the table, palms down, as if she’s trying to get an advantage by being over me.

The sudden vision of her on her knees before me, my rope lashed about her delicate body, marked by my belt and primed to submit, makes my dick harden.

Christ, what I want to do to her.

Maybe she needs to see I mean what I say. Maybe a little part of her wants to lose control. Or maybe she feels some sort of fucking allegiance to the female species, because she doesn’t do what I say but glares at me. 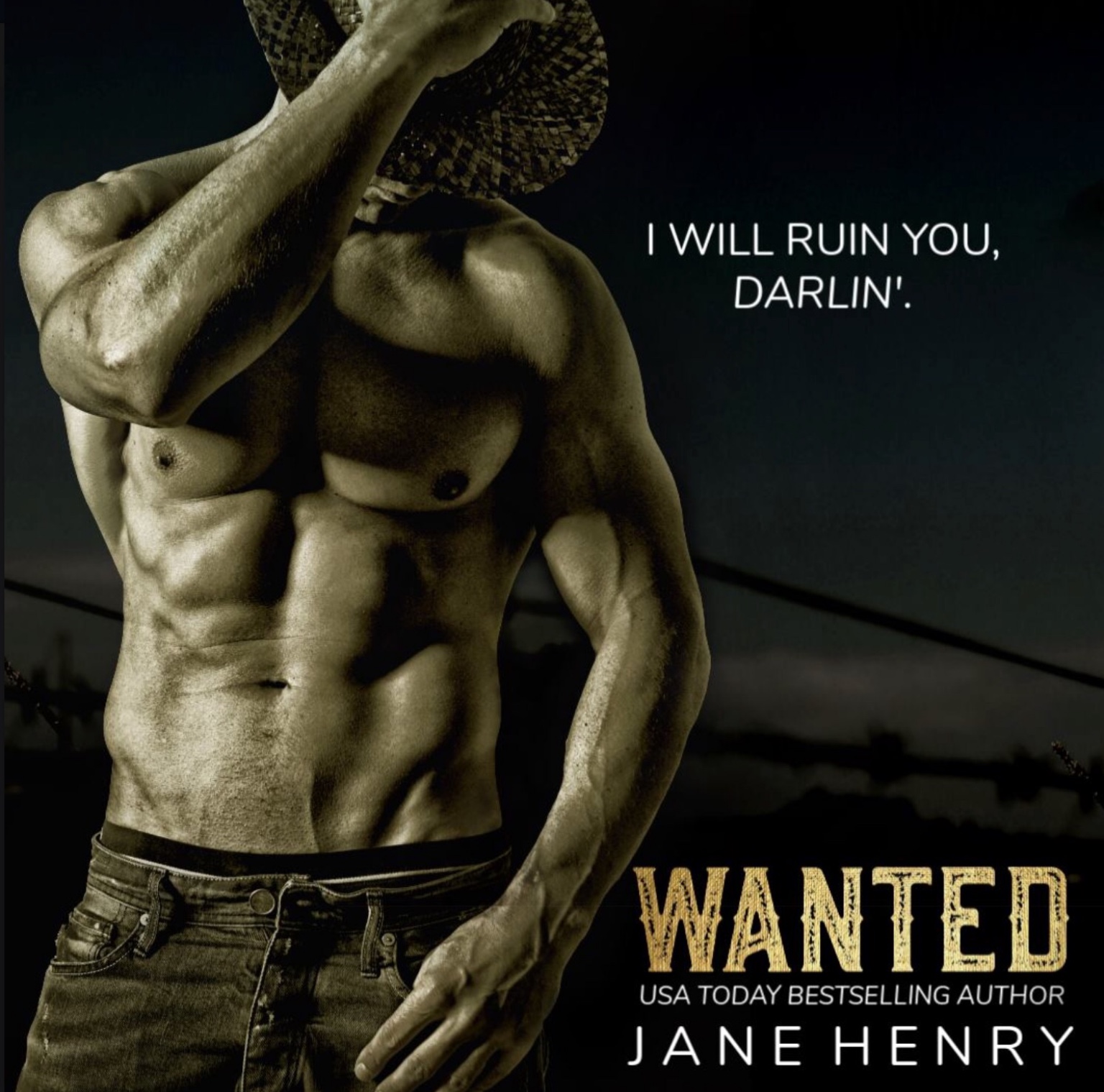 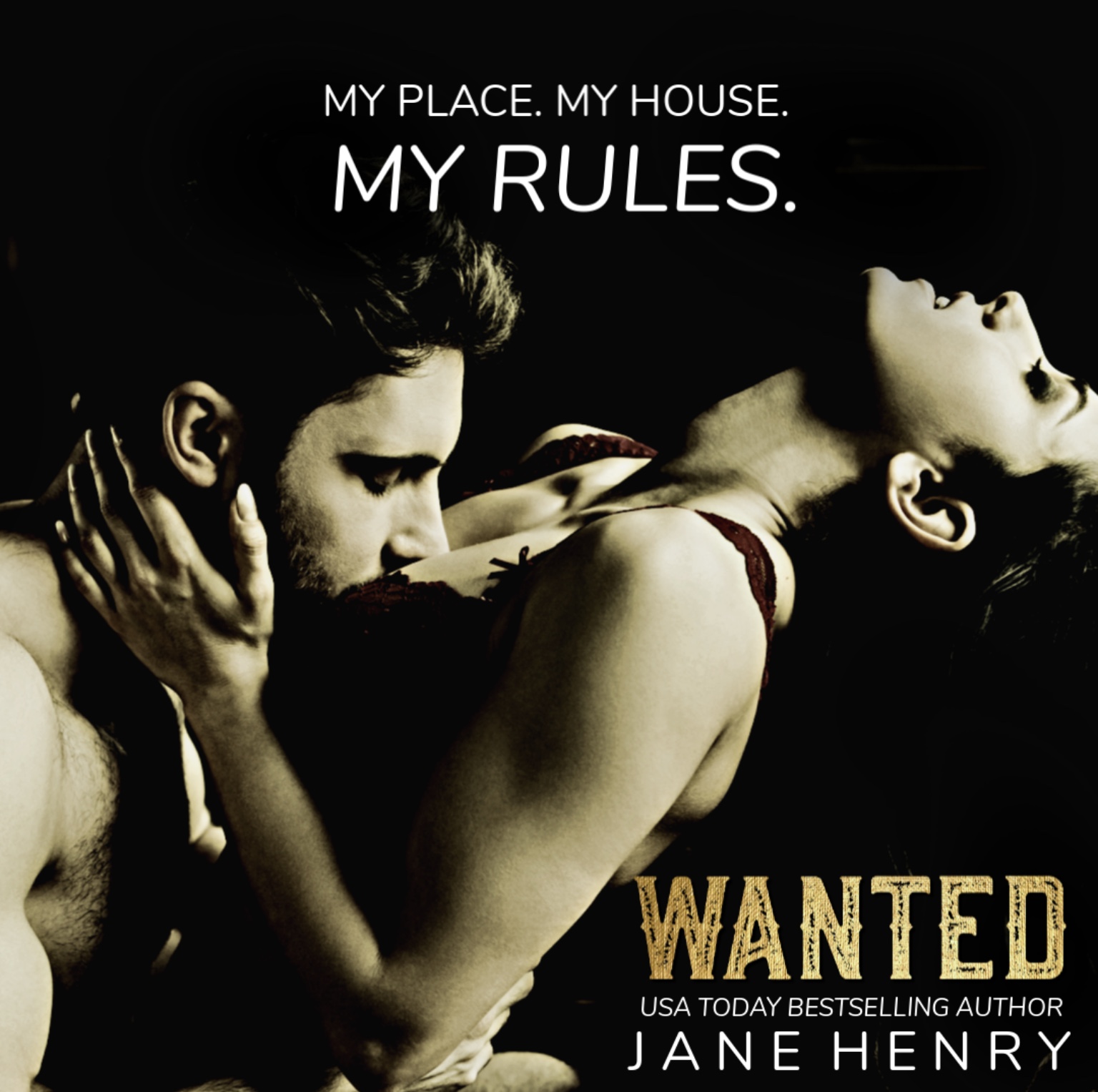 USA Today Bestselling author Jane has been writing since her early teens, dabbling in short stories and poetry. When she married and began having children, her pen was laid to rest for several years, until the National Novel Writing Challenge (NaNoWriMo) in 2010 awakened in her the desire to write again. That year, she wrote her first novel, and has been writing ever since. With a houseful of children, she finds time to write in the early hours of the morning, squirreled away with a laptop, blanket, and cup of hot coffee. Years ago, she heard the wise advice, “Write the book you want to read,” and has taken it to heart. She sincerely hopes you also enjoy the books she likes to read.

It’s a shame ruining a four-thousand-dollar dress, but it has to be done.
First, the sleeves.
I tear at the yards of silky fabric until I hear a rip, then shove it to the floorboard of the car. It’s strangely satisfying. Next, the veil. I pull every single little bobby pin out of my hair and gently lift the delicate headband off my head, a little pang of guilt hitting me in the chest when I shove it to the floor as well.
It really was pretty.
Fortunately, the skirt is detachable, with a million yards of elaborate fabric bunched in swaths around me so thick I feel like I’m in the center of a cloud. It’s difficult to unclip the little hooks that hold the train and dress together, but when I finally do, I’m ten pounds lighter. I chose this dress on purpose, a convertible gown suitable to go from church altar to dance floor in a matter of minutes. Only problem is, you’re meant to make the adjustments with the help of your bridesmaids, and those girls are nowhere to be found.

They knew. They fucking knew.
And now they’re likely eager to take advantage of my father’s generosity by drinking it up at the open bar.
It was the first damn thing he said, while I stood at the altar in front of eight hundred of my family’s closest friends and relatives. “It’s a travesty my daughter’s been stood up on the day of her wedding, but I paid for a party, and that’s exactly what we’re going to have.” He said it like he was cheering on the high school football team to defeat their rivals, and the crowd responded like they’d been trained. They actually cheered.
I was standing in front of every single person I’d known since childhood, my cousins, aunts, uncles, my father’s political cronies, and my mother’s country club friends.
Cheeks flaming.\

A lump the size of a golf ball forming in my throat, unable to meet the eyes of the women who called themselves my friends surrounding me because one of them betrayed me. She took off with the groom, and now I can’t trust any of them.
How many of them knew? How many of them enabled her?
I had to leave. I was suffocating, and I needed to get air. So, I pretended to go use the ladies’ room.

My mama patted my shoulder and my cousin shook her head sadly.
“Let her go,” my mama said to her, then to me, in that icy voice that turns my stomach, “Go collect yourself before we go to the hall.”
Collect yourself.

USA Today Bestselling author Jane has been writing since her early teens, dabbling in short stories and poetry. When she married and began having children, her pen was laid to rest for several years, until the National Novel Writing Challenge (NaNoWriMo) in 2010 awakened in her the desire to write again. That year, she wrote her first novel, and has been writing ever since. With a houseful of children, she finds time to write in the early hours of the morning, squirreled away with a laptop, blanket, and cup of hot coffee. Years ago, she heard the wise advice, “Write the book you want to read,” and has taken it to heart. She sincerely hopes you also enjoy the books she likes to read.
Web  Twitter  Facebook Goodreads Instagram

RUTHLESS KNIGHT, the second book in the Royal Hearts Academy series from @ashleyjadeauthor is AVAILABLE NOW!! Grab Cole & Sawyers story today!! Blurb: Welcome to their kingdom Cole Covington is the most popular heartbreaker at school. Every guy wants to be him and every girl wants to screw him. Except me. His devastatingly good looks, golden arm, and flirty smiles don't do it for me anymore...because I know what's lurking underneath the star quarterback's gorgeous armor. At least I thought I did. Sometimes the most beautiful people...hide the ugliest truths. And sometimes the only way to save someone... is to walk beside them through hell. Sawyer Church is the bible-thumping nerd of Royal Hearts Academy. Girls pick on her and guys don't notice her. Except me. Sweet, curvy, and sarcastic, she's impossible to ignore. No matter how much I try. Everyone at school has her pegged as the chubby, Jesus loving geek, but unlike them—Sawyer's real and never pretends to be someone she's not. Until I ask her to be my fake girlfriend. Sometimes the most beautiful souls...hide the greatest pain. And sometimes the only way to save someone... is to fight for them.
🔥Teaser 🔥 . . Coming January 28th! Preorder today and add to you TBR❤️ . . Amazon: https://amzn.to/37rzRCh Amazon Worldwide: mybook.to/EvenIfItHurtsMM Apple Books: https://apple.co/35pADxy Nook: http://bit.ly/2DhnmLr Kobo: http://bit.ly/2qE95G0 . Add to Goodreads: http://bit.ly/2KQcFUo
Hot Cakes, an all-new delicious, laugh-out-loud series of standalone romantic comedies from New York Times bestselling author @erinnicholasbooks is coming this spring and we have the irresistible covers! Sugarcoated is heating things up March 24th! Pre-order your copy of Sugarcoated today → http://bit.ly/2uiF1S4 #comingsoon #coverreveal #hotcakesseries #romance #romcom #erinnicholas #booknerd #bookstagram @socialbutterfly_pr
How did I get here? My assistant, bent on one knee, holding my hand, her expectant face waiting for an answer to her marriage proposal . . . a proposal that was my idea? BOSS MAN BRIDEGROOM BY @authormeghanquinn IS LIVE!!!! FREE in Kindle Unlimited! Grab your copy today! Get it here: Amazon US: https://amzn.to/38vsGZx Amazon UK: https://amzn.to/2ugE0Ke Amazon CA: https://amzn.to/2RB6zKm Amazon AU: https://amzn.to/2GbaXKB
Father Creighton and Smith Sinclair. Two dangerous men inexplicably drawn to me. One bound by a holy vow, the other by duty and honor. One emphatically covets my soul. The other, despite his regrets, desires my heart. Each demands I surrender my body to his control. A priest and a soldier. A demon and a knight. An eternity in darkness, or a lifetime of love and light. In the end, I have only seconds to decide. // Bound by Eva Charles releases on February 20th! // #DarkSuspense #DarkRomance // @ellewoodspr @evacharlesauthor // Cover Designer: Letitia Hasser, RBA Designs // Photographer: Golden Czermak, Furious Fotog // Model: Mav Willett
🔥Freebie Alert🔥 @marquitavalentineauthor Lawson Brothers Bundle is free today!!! Get your copy NOW!!!! Blurb: ****** Box set of the first three books in the Bestselling Lawson Brothers series - Love So Hot, Love So True, and Love So Irresistible. ******* Book links: ****** Apple: https://books.apple.com/us/book/the-lawson-brothers-bundle-books-1-3/id1175827536 Google Play: https://play.google.com/store/books/details?id=s6pVDwAAQBAJ Nook: https://www.barnesandnoble.com/w/the-lawson-brothers-series-bundle-marquita-valentine/1125133685?ean=2940156878024 Kobo: https://www.kobo.com/us/en/ebook/the-lawson-brothers-bundle-books-1-3 Amazon: https://amzn.to/3abNuH6
Follow Crystal's Book World on WordPress.com
%d bloggers like this: