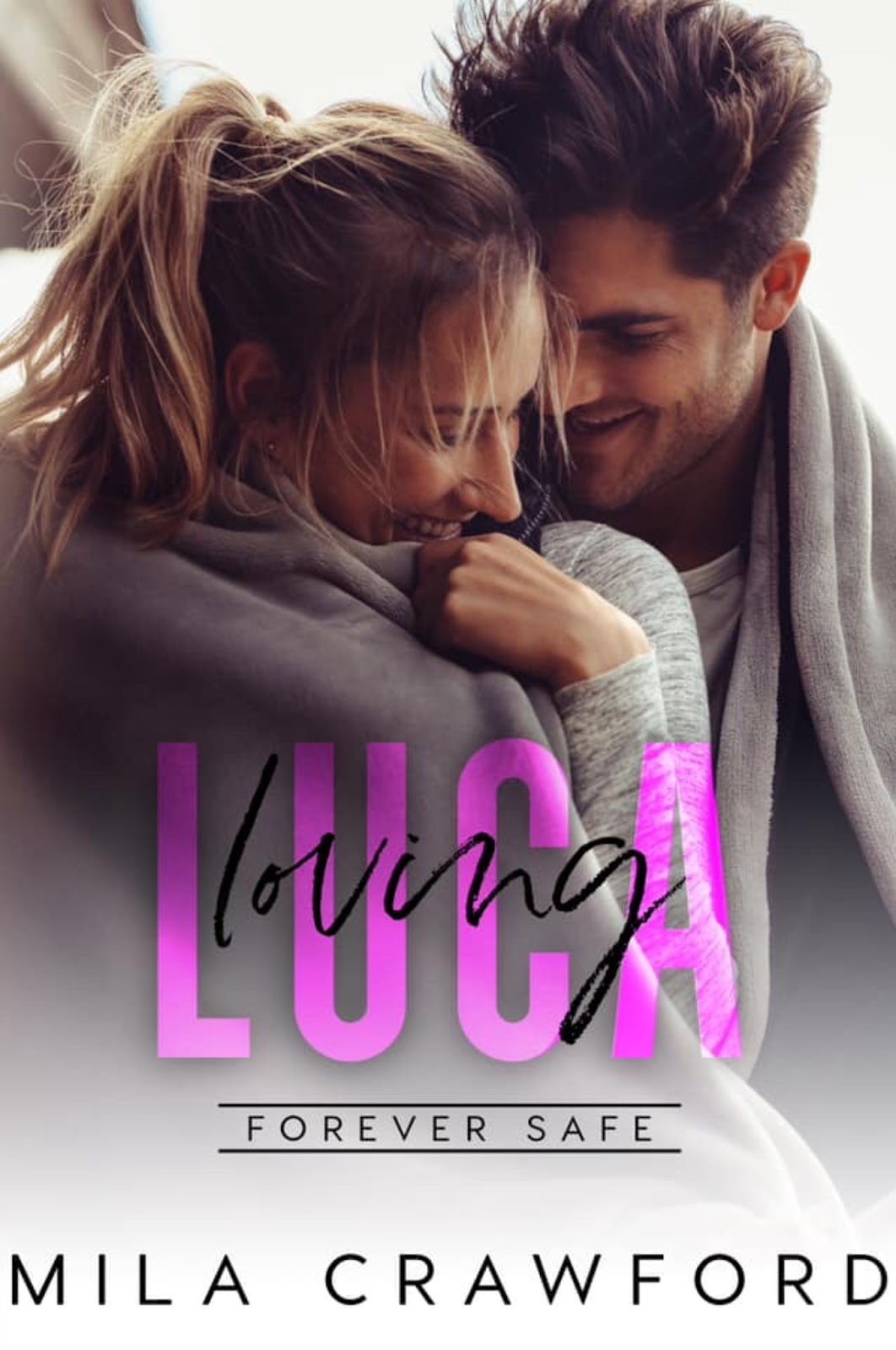 Luca Masterson is the man every guy wants to be and every girl wants to be with, but he doesn’t want anyone other than Stephanie, the girl who stole his heart from the moment they were eight years old.

Stephanie is the bookworm who is best friends with a bona fide rockstar. Then one day that guy turns her world upside down by telling her he loves her.

Love isn’t easy, but having a relationship with a celebrity includes a whole new set of challenges. Yet nothing in the world is better than loving Luca.

Warning: If first and only love is your jam, then step right up. This is a friends-to-lovers story that won’t steer you wrong. Guaranteed HEA.

The room was quiet, barren except for the wooden shelves and the smell of paper and leather that bound the pages. I really loved the library, not only because I loved the books that it housed, but also for the solitude it provided me. I looked under the table and noticed next to my pink Chucks with scuffed toes a pair of shiny, black, Italian leather boots, immaculate in every way. Even our footwear showed how opposite we were. I never knew why he bothered to accompany me to the library. He didn’t really read. He would just work on song lyrics or melodies that would play on repeat in his mind and wait patiently until I was ready to leave. I spent hours in the library just looking at him, desperately trying to make sure he didn’t notice my lingering and overindulgent stares. He’d always been a gorgeous boy, dark wisps of hair falling into his green eyes, eyes made even brighter against the contrast of his olive complexion. I loved how the right side of his mouth would twitch right before he’d laugh hysterically. But the quirk I loved most was how he’d tap his long fingers on the table as he worked on his music, his eyes furrowed in concentration. He was so handsome, and I didn’t mean just a good-looking boy who girls crushed on. No. He had the kind of good looks that would make movie stars weep in envy. The worst part was, he didn’t even know how attractive he was—which just made him that more desirable.

I had no idea why he liked hanging out with me, but from the tender age of eight, Luca and I had been best friends, completely inseparable. One look at each other, and we were off laughing and playing from that day forward. When I turned thirteen, I started to develop feelings for him, feelings that made me touch myself and kiss my pillow, pretending it was him kissing me back passionately. All of it pathetic childhood crush stuff, really. Luca grew more and more beautiful every day, and yet he never left my side.

It was in college when he really began to shine. All of a sudden, our world of two disintegrated people began to notice what a standout Luca was. He was always in the spotlight, and I felt like the understudy, waiting in the shadow of the lead actor. It wasn’t just best friends Luca and Steph anymore, but Luca and the plain Jane who tagged along for the ride. I wasn’t sure whether it was out of loyalty or comfort that he still hung out with me. Everyone needed an occasional reality check. I guessed I was his.

He never hung out with the cool kids. He chose to come to the library and sit there quietly while I read or did homework. I didn’t know why he was still there beside me, but I was grateful for his company. I pictured myself as a worn-out old sweater that Luca insisted on keeping, even though he had the designer brands and luxurious cashmere overflowing his wardrobe. I was plain Steph, and he was a bona fide celebrity. But no matter how popular he got, he never left me behind.

“Party tonight at Alpha Sigma Pi. You in?” Luca’s melodic voice gently brought me back to the present.

“Nah, I think I’m going to stay home and read or something,” I said.

I really didn’t want to accompany him to another party where he felt like he had to babysit me. I wanted him to enjoy his newfound glory. No one wanted me there anyway. Generally when we went to parties, I felt how they looked at me, wondering why we were together. If it was because he took pity on me and I was nothing more than Luca’s charity case. It felt like I was holding him back; I should stay his past, not become a weight he felt obligated to carry with him everywhere.

“Steph, I’m not going if you’re not. You know I need my muse. You’re my good luck charm.” He looked at me with his emerald eyes and cocky grin. Luca was lighthearted, and his confidence was apparent in all that he said and did.

“We should go. It’s Friday night. We’re freshman. Just live a little. Have some fun! Isn’t that what you’re supposed to do in college?”

Easy for him to say. He was the life of the party. Socializing for Luca was fun and easy. For me it was painful and a constant reminder that I didn’t measure up.

“Aw Steph, please. I really want you there tonight. I need you.”

Need. He said it so casually, but he didn’t know the beginning of it. Need was what I felt whenever I thought of him. It was my desire to always be in his life, no matter what, even if it meant in the most minute way.

He pulled me toward him and kissed the top of my head. A kiss I knew to him was meant to comfort a good friend, but once his lips touched my hair, I felt a jolt of electricity run through my body until my heart fluttered. He squeezed my shoulder and let go. Just like that, the warmth of his touch was gone and I felt nothing but cold.

“So how about I drive you home now and then pick you up at like…seven?” His persistence was both admirable and infuriating. And like always, I caved. There wasn’t much I could refuse him. Luca almost always got his way.

On the way to Luca’s car, a perky blonde sorority girl, Madeline Michaels, sauntered over. Whenever she got close, the girl was all over him. She pushed her chest out and tossed her long blonde hair. My ordinariness was exaggerated just by standing beside her. Her knee-high boots, her short skirts, and her ridiculously tight body. Next to her, I looked like I’d just crawled out of a dumpster. I was dirty-blonde hair tied up in a messy bun secured with a pencil, ripped jeans, and a faded Ramones T-shirt that had seen a few summers. Truth be told, I didn’t have the genes. Even if I were wearing Madeline’s clothing, I would still look like me.

Madeline inserted herself into our personal space, shoving me out with her curvaceous hip that was barely covered by a tiny skirt stretched to capacity. She was so close she might as well have been an esthetician examining his pores—an esthetician who did her job with her breasts rubbing up against him.

“Luca, are you going to the party? I was hoping we could talk,” she all but whispered as she ran her index finger up and down his arm.

I guessed I should have already gotten over the attention from other girls, but it still hurt, because deep down, I’d spent my whole life secretly in love with this boy.

I climbed into the car and looked the other way out the window, trying to pretend they were invisible and that my heart wasn’t breaking.

I turned at his voice, and my heart leapt in my chest when he looked at me. Luca was sidelining Maddy Michaels with an unnecessary introduction.

“Madeline, this is my girl Steph,” he said while keeping his eyes on me. “She’s been my plus one my whole damn life.”

I didn’t want to read into his words. He always called me his girl.His whole damn life sounded more like an obligation than something he was down with. But he held eye contact as he announced it, and he’d said it with pride. Maybe I was reading into things, but it was enough to make me feel like Luca genuinely appreciated having me around.

“Oh, I had no idea,” Madeline stammered. She glared at me through the windshield, her disgust palpable.

She plastered on a fake smile that was more forced than oil mixing with water. Her eyes narrowed, but the fake smile didn’t go anywhere. I smiled back, hoping that my eyes didn’t give away my satisfaction. I really didn’t want her to take notice of me and make my life miserable. I was sure she had a million and one ways to ruin me, but I pretended not to care. The semester was almost over, and I never had to see her again if that’s what suited me.

Without another word to Madeline, Luca got in the car and smiled at me.

“Should we hit the road?”

I couldn’t help but turn and stare at Madeline as we pulled out of the parking lot, how she stood in the same spot getting smaller and smaller as we made our getaway.

Maybe Madeline couldn’t steal Luca away from me, but he was a rising star, and it was just a matter of time before he’d inevitably drift away. 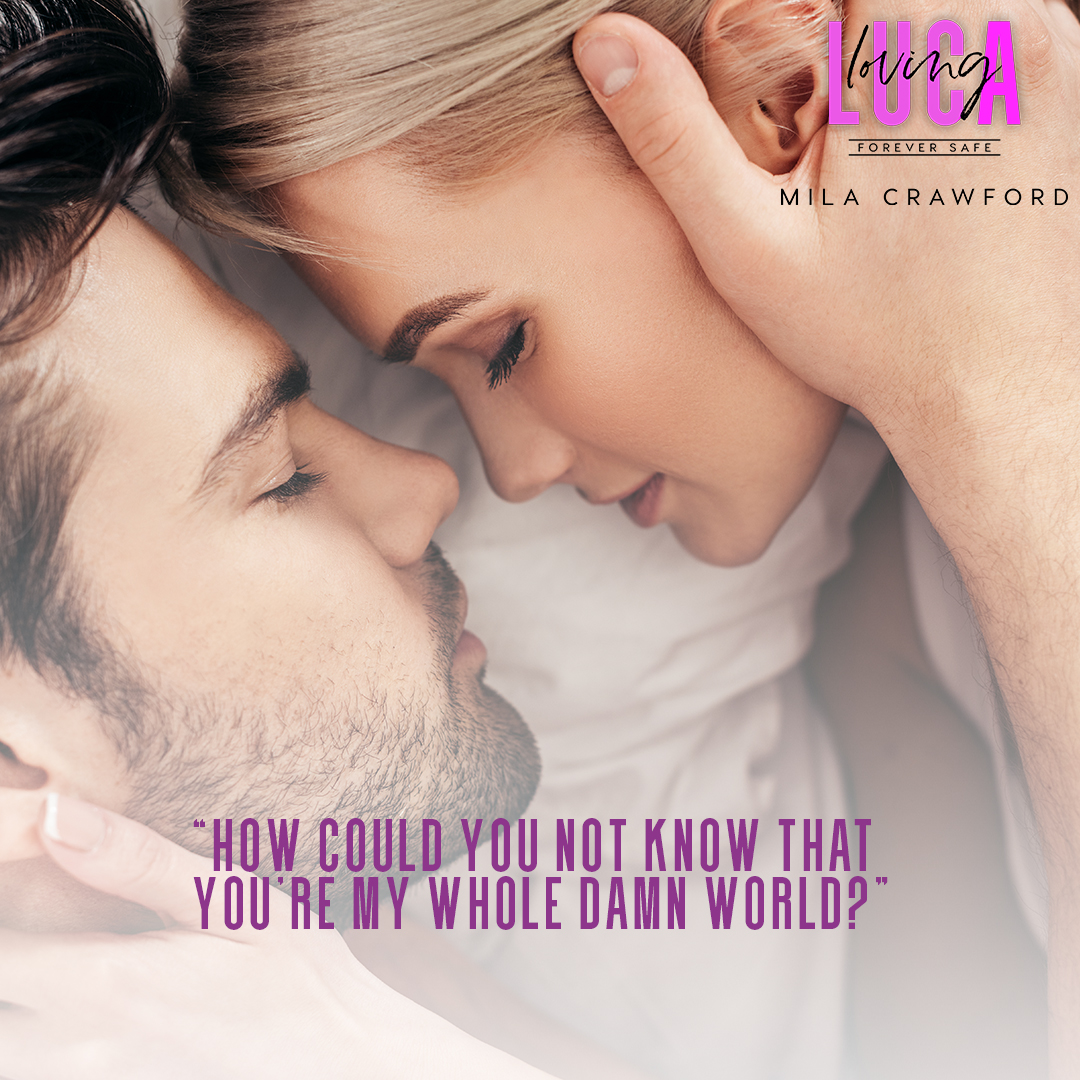 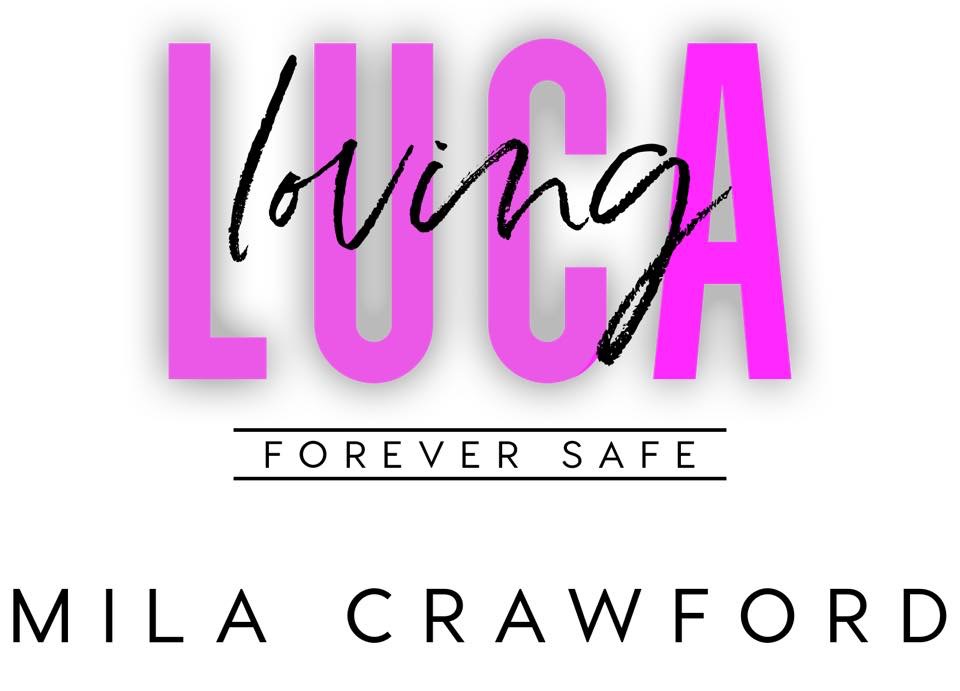 A great short read about a true love story. Stephanie and Luca are the true rock stars of this book! The innocence that mature and the love that never dies. I really enjoyed this book and the blossoming of this story. I would recommend this great story to anyone that loves love! Plus benefits of a rock star will have you swooning!

Mila Crawford is a book lover and has been around them one way or another her whole life. She is a fan of happily ever afters, sassy heroines, over the top alphas, and most of all safe reads.