Silent Protector by Katie Reus
My rating: 5 of 5 stars 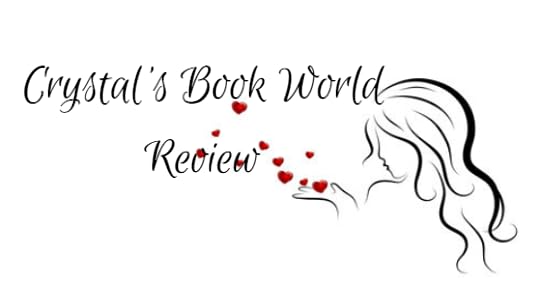 Mac was definitely made for Silent Protector. The title of this story is Mac! I love a former Marine, the born protector. And even though the hero of this story is pretty quiet, those are the ones you need to watch out for. I swooned over Mac so many times. Add that he is a father figure to his brothers… just made melt!

Adeline – yes she holds a secret. And yes it seems that she is hiding, but that girl brings it when it all comes down to it. There is a lot of suspense and drama that will unfold. Verona Bay is in for a loop with the one that hides in the shadows.

Silent Protector is a story you need to have in your future book pile. I read this story as a stand alone. I am ready to go back to book one and two.

View all my reviews

Some secrets keep you safe…

Adeline Rodriguez left her violent past behind, buried her secrets and started over in Verona Bay. Now a successful co-owner in a local pet grooming business, she’s made a life for herself in this idyllic community, and has real friends. Thanks to her past, the only thing she hasn’t mastered yet is a real relationship. And when circumstances lead her to finally let her guard down with sexy Mac Collins, he completely ghosts her. Her first instinct is to close herself off again, but she decides to confront him instead—and that fateful decision puts her directly in the crosshairs of a killer.

Others can destroy you…

Mac has wanted Adeline since the moment they met, but she made it clear that she didn’t want a relationship. So he kept his distance. When they’re trapped together in a remote cabin, things change between them. But Mac’s past has come back to haunt him, so he pushes her away to protect her. Unfortunately, it’s already too late. Adeline is now a target too. To save her, Mac has no choice except to end the threat. Only then can he try to win over the woman he can’t live without. But winning over the feisty Adeline might prove to be harder than stopping a killer.

Add SILENT PROTECTOR to your TBR!

She tried the front door and it was unlocked, which actually surprised her.

“Not open,” Mac’s deep, rumbly voice called out from the back about a second before he stepped out from his workshop. His eyes widened when he saw her.

And he stood there looking like deer in headlights. Good.

“A text? Seriously? You blow me off with a freaking text,” she snapped out, her boots stomping forward of their own volition. That burning fire that had spent days kindling was licking up her spine now as she worked up a good head of anger.

He closed his eyes briefly as he moved toward her. “Look, it’s not what you think.”

“Really? It’s not what I think? You didn’t send me a dismissive, crappy text about an hour before our date? After spending all that time together and becoming…friends.” Or she’d thought they had. Obviously she was wrong. “So you didn’t blow me off after all that? And then ignore me right in front of people on Main Street?” It was quite literally possible there was actual steam coming out of her ears right now.

Guilt flickered across his expression for a moment but then his face went carefully neutral. “Look, I didn’t know how else to handle it. I just don’t think we should see each other. I shouldn’t have ignored you and I should have called, but—”

She’d took another step forward, hands on hips, when the front door behind her swung open with a bang.

She jumped and turned to find some guy stalking in. He had on heavy-looking boots, jeans, a short-sleeved T-shirt, and there was a chain hanging from his back pocket attached to his belt. And he had some ugly-looking tattoos on his arms. Prison tats.

Katie Reus is the New York Times, USA Today, and IndieReader bestselling author of the Red Stone Security series, the Moon Shifter series and the Deadly Ops series. She fell in love with romance at a young age thanks to books she pilfered from her mom’s stash. Years later she loves reading romance almost as much as she loves writing it.

@meghanquinnbooks Romance like You've Never Seen it Before!
Time to reveal Dr. Off Limits!
HAPPY COVER REVEAL DAY TO AMY DAWS!
Posted @withregram • @janeblytheauthor 😏 Teaser Wednesday 😏
She made two mistakes. The second one was calling me for help...
Lawless by USA Today Bestselling Author, Jane Anthony, is just 99 cents on Amazon, iBooks, Kobo, Nook, & Google Play. This hot romantic suspense is only on sale for a limited time, so grab it now: https://books2read.com/LawlessJAnthony
Follow Crystal's Book World on WordPress.com
Loading Comments...
%d bloggers like this: