Royally Mine is a sexy collection of bad boy romances featuring HOT royal heroes, brought to you by twenty-two New York Times, USA Today, and international bestselling authors. This deliciously naughty bundle of ALL-NEW standalone novellas stars panty-scorching kings, princes, and dukes who are used to being in command. Charge up your e-reader, clear your schedule, and put on your best tiara, because these royal bad boys are ready to conquer your heart while making you blush oh so hard.

Publisher’s Note: The stories included in this smoking hot box set are MF and MFM pairings. Some contain kink. All will leave you bre

If I win, and I always win, I get an animalistic rush that can only be
satiated by a woman’s body. And there she is, waiting to interview me.

I wasn’t attending the NFL game to see Kyle Murphy, like everyone else. I
was there because I had a job to do. I had an interview to take, and I was
willing to do anything to get it.

Chiseled body, six-pack abs, permanent obnoxious smile. He decided to
undress in front of me, in the locker room. And then he invited me to watch
him take a shower.

And I was floored. All self-control was out of the window. He was going to
have me, and I was willing to abandon all professional ethics for the sake
of the interview I wanted.

But then everyone found out. And I was left with a secret that not even he
can find out.

I get an adrenaline rush after I win a game. An instant, animalistic
instinct that can only be satiated by a woman’s body.

So I was lucky that Erica Lee, a fresh-faced young reporter was waiting for
me after the game.

But unlike all my other fans, she was a tough nut to crack.

When I succeeded, it was like nothing else. I had to have her again. I
wanted more.

So when my manager said I needed a pretend girlfriend to clear my name, I
knew exactly whom I wanted…

Ava Walsh has a weak spot for bad boys, the irresistible ones that make
your cheeks flush and annoy the hell out of you, making you want them even
more. And of course for the women that succeed in winning their hearts.

Ava writes sexy, passionate and sweet stories that are short enough to
brighten up your evening, and that always have a happily ever after.

She lives in warm California with her family. When she’s not writing, she’s
usually found in the kitchen trying out a new recipe. Favorite things
include reading, her horses and everything involving chocolate.

I tied her up and had my way with her curvy body until she was whimpering
“Yes Boss, Please Boss, More Boss”… but then she had her way with my
f*cking heart.

Three filthy office romance books in the Boss series—plus a bonus novella—
in one box set!

If you like your office romance stories hot and dirty, this collection will
hit all the right spots. If you’ve already read Yes, Boss; Please, Boss and
More, Boss, now is the perfect time to read them again all together as well
as a box set exclusive bonus novella called Always, Boss.

Hang onto your panties— or it might just be easier if you don’t— because
these billionaire bosses won’t disappoint! 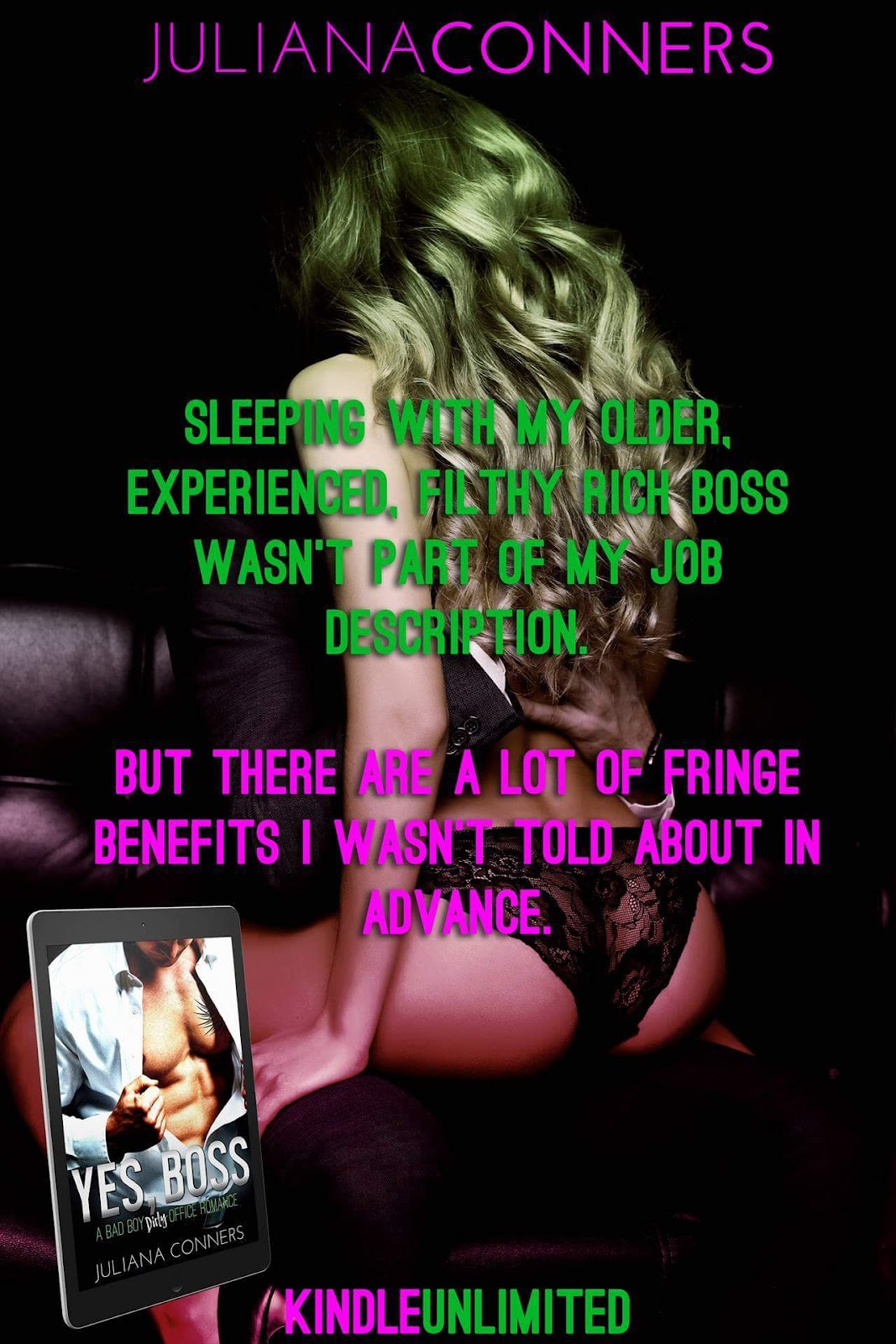 Juliana Conners is an Amazon bestselling author who writes sizzling hot
romance about bad boys with filthy mouths and even dirtier thoughts, and
the feisty ladies who win not only their rock hard, tattooed bodies but
also their hearts. She is the only female human living in a house she
shares with her bad boy techie husband and their two usually good little
boys. They do live with a female cat and a female dog to even out the
score! She enjoys weather as warm, food as spicy and coffee as hot as she
likes her romance. She aims to write stories that will captivate your mind,
warm your heart and fulfill your fantasies.

Subscribe to Jules’ News and Sizzling Hot Reads newsletters and get a free
book and other exclusive bonus content: hyperurl.co/JCMail

🍼WHITEHALL BABY IS FINALLY OUT!🤰
The Devil is in the details . . .
CEO February: Brax Danvers an Erotica Romance Novella by Tracie Podger is NOW LIVE!
Teddi Burathon is the perfect shield.
“Sienna Snow mastered this book. Dangerous King is a captivating read that I recommend to all.” - Alta Hensley, USA Today bestselling author
!!!
Follow Crystal's Book World on WordPress.com
Loading Comments...
Comment
×
%d bloggers like this: